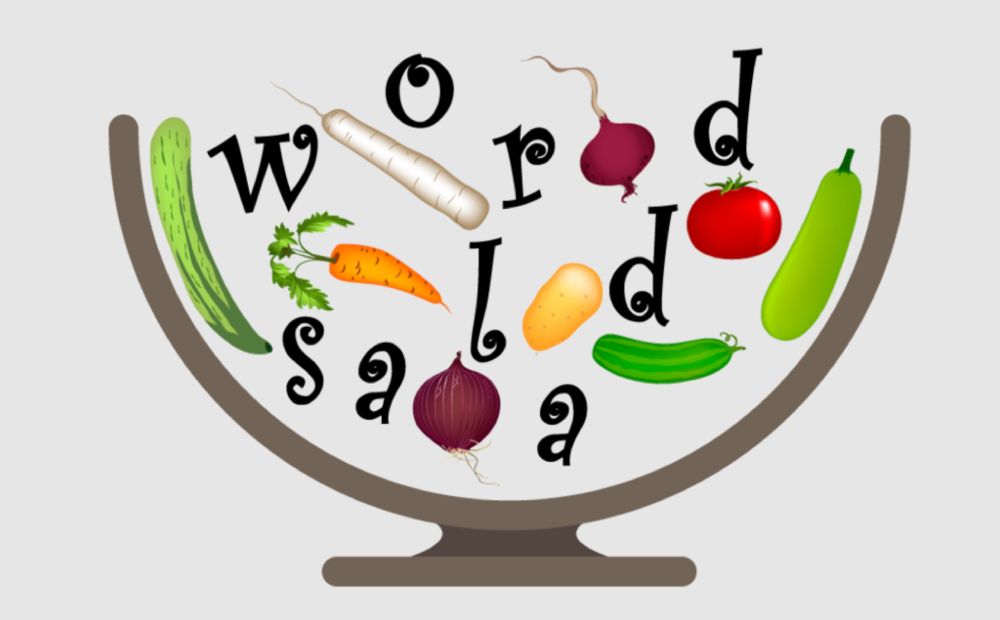 In the metaphorical sense, the term word salad (or word-salad) refers to the practice of stringing together words that have no apparent connection with one another, in a state of jumbled speech or disorderly writing. It is also known as paraphrasia (in psychology).

The term word salad refers to a rare form of disorganized speech used by psychiatrists: